Working as a dietitian in London 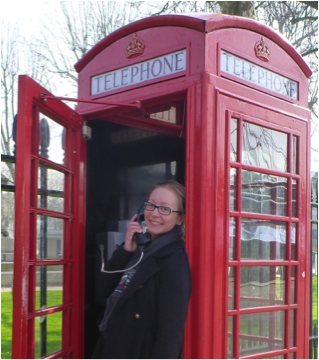 The new year of 2014 brought about a significant change for me, I decided to move to London! It was both a professional and personal decision, as not only could I continue pursuing my career as a Dietitian, but I could also fulfil the travel bug within and take the occasional European trip. Initially I was naive in thinking London would be fairly similar to Melbourne on the basis of both being English-speaking cities. How different could it be!? However, I have faced many challenges along the way in setting up a new life and adjusting to different work environments in a new city.

The initial excitement of moving to London was soon buried underneath the copious amounts of paperwork I had to complete for my HCPC registration and packing up my life in Melbourne. My first achievement was becoming a Registered Dietitian in the UK and the next step was landing my first job. I decided to work as a Locum Dietitian, which first involves getting registered with recruiters. Most NHS Trusts will advertise their temporary positions with recruiters, who will then put your CV forward to the relevant managers. Essentially, they are the middle man between you and your next employer.

So far this year I’ve completed four locum positions. I have worked throughout a variety of inpatient settings including General Medicine, Surgical, Respiratory, Gastroenterology and Liver.  At times it has been exhausting undertaking short term posts however working in a diverse range of settings has also provided me with a wide variety of clinical experience. My most recent locum post was as a Specialist Liver Dietitian at King’s College Hospital. It was a challenging yet rewarding post which allowed me to further develop my dietetics skill set, by utilising hand grip strength as an anthropometrical measure and assessing pre and post liver transplant patients.

A particularly challenging aspect of adapting to new workplaces has been the use of electronic patient records used by particular NHS trusts. Previously I utilised predominantly paper-based medical records. I also learned how to prescribe enteral feeding regimes and oral nutrition supplements on an electronic drug chart. Whilst this was a new way of working for me, I found it really exciting to see how technology has evolved and how this can impact our everyday dietetic processes. Hooray no more running to the wards with an enteral feeding chart late on a Friday afternoon!

Another challenge along the way has been familiarising myself with the British food supply. When I first began work, patients were reporting food items I had never heard of before! I soon learnt the language of the British Supermarket; Aubergine (not Eggplant), Courgette (not Zucchini), Clementine (not Manadrin), Semi-skimmed milk (not Low Fat), Granary bread (not Wholemeal), and Digestive Biscuits… just to name a few! I also regrettably started saying *yoghurt* in a British Accent.

All in all it’s been a great experience living as yet another Aussie in London! I would encourage fellow Dietitians to ‘take the plunge’ and consider working in the UK. It has been a very eye-opening experience and a huge personal accomplishment to be living and working in London away from the support and familiarity of Melbourne.