Use Your Voice: A Message from Taryn Brumfitt 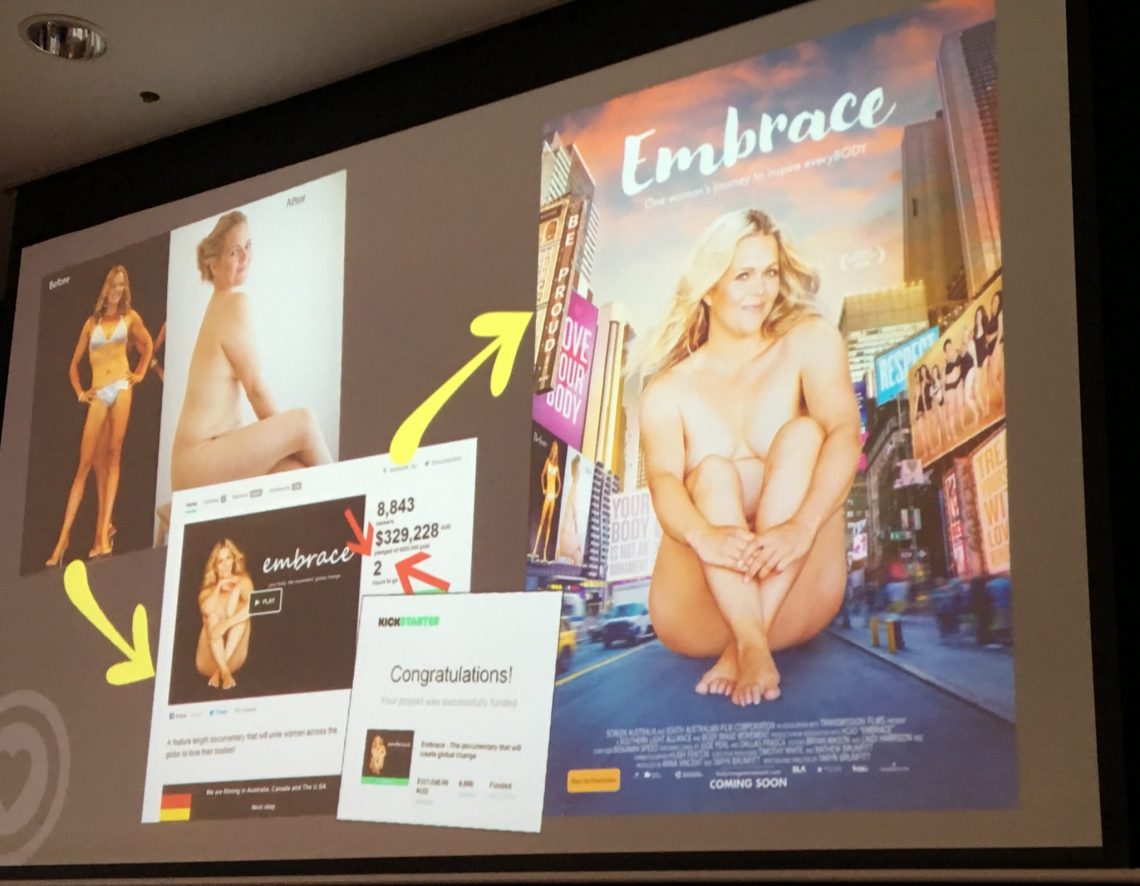 Why is body dissatisfaction so rife in our culture? Let’s ask someone who is exploring this very question with passion and heart – and changing thinking worldwide with her response.

Her name – and it’s on everyone’s lips these days – is Taryn Brumfitt. She’s the founder of the Body Image Movement, an internationally recognized thought-leader and speaker, and a mother of three.

And, she’s a global crusader.

Years of body dissatisfaction — which continued when she achieved her “perfect body” for a figure competition – led to her question why so many people are so unhappy with their body shape.

Her questioning grew into a grassroots project after her alternative before- and-after-photo went viral on social media.

Taryn then listened to the overwhelming opinions of people worldwide in response, and realized there was a story to share… passion and strong opinions aplenty – and a movement that needed to be launched.

To Taryn’s thinking, we all have two choices: A) to succumb to unrealistic beauty standards, or die trying, or B) to embrace our body and all it can achieve.

So she launched her Body Image Movement, to achieve the latter. 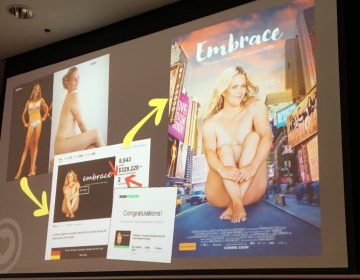 Taryn also produced the crowd-funded documentary ‘Embrace.’ And, yes, you have heard of it, because it’s now one of the highest-grossing Australian Docos (Screens Australia).

The film explores the question of body dissatisfaction, then asks, provocatively: who is going to fix this?

Positive body image at every size. Self-love. This is a language we hear many dietitians speak.

So while the topic is not news to dietitians, the passion behind the cause is inspiring.

It was inspiring, especially, to the DC team. When Maree Ferguson, our colleagues from Bond Uni and I joined Taryn for a Business Chicks brekky, we were quite moved.

Not only because Taryn reminded us to be – and embrace – our fabulous selves, but also because Taryn showed us that you can create change by using your voice. 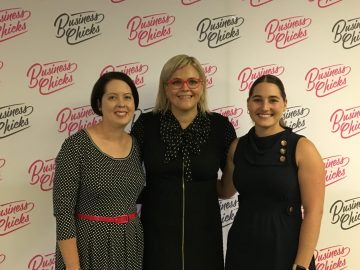 Other ingredients in Taryn’s change recipe:

– Place value on how you contribute to the world (be it small or large), rather than how you look
– Stop judging & start accepting
– Have a laugh
– Don’t listen to the nasty pants
– Break the rules (you can’t please everyone)
– Get perspective around the real tragedies in the world, not “perceived” tragedies around body image

Taryn left us with a key parting message. What’s more powerful, she says, is using your voice (even if discreetly, simply and politely) collectively with others to create your ripple of change.

So how will you use your voice?