Sexy just as we are 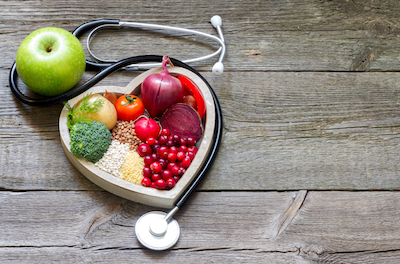 Over the last six months I’ve read a number of articles and blogs discussing the “sexiness” of dietetics. Some articles blatantly declare “Sorry, dietitians just aren’t sexy” and we’re not going to change, while others, including one written by my talented mentee- Taylor Guthrie, suggested “let’s make dietetics sexy” by changing our approach.

So I decided to consider both sides i.e Team A: No change & stay unsexy, verse Team B: Change & become sexy, and came to realise I was torn.

On one hand, Team A have it right, if we change our approach we could risk losing credibility given it’s our individualised, sustainable recommendations that draw people to us once, inevitably, the fad diets have failed.

But, on the other hand, Team B also have a valid  point, are we doing society an injustice by standing back, watching them get trapped on the diet merry-go-round, doomed to stumble from one fad diet to the next, never achieving the goal of long-term sustainable healthy eating?

After writing my list of pro’s and con’s (as most A-type dietitians do) contemplating which side I would take, it dawned on me, why can’t dietetics be sexy just as it is? Thus giving birthing to Team C: No change & being sexy.

As an evidence-based profession I think dietetics has plenty of sex appeal, it’s just hidden. And, just like the typical chick flick “geek-turned-popular-cheerleader” scenario, all we need to do is whack on some heels and apply some red lippy to accentuate our assets.

In my opinion, we have forgotten about two of dietetics’ most sexy, yet undersold assets. One – it is a science, and two – it takes intelligence to understand it.  While these assets, particularly intelligence, may sound somewhat narcissistic, the problem is that the wider public undervalue both in dietitians. I’m sure you’ve heard it before, “You actually had to go to uni to be a dietitian?!” and “Just for one or two years, yeah?”. It’s not about seeking admiration for what we do it is about instilling confidence in societies’ view of our profession.

Although, traditionally science and intelligence aren’t considered sexy, times are changing, and it’s in our favour. Think about the thick-framed specs, aka nerd glasses, as a fashion icon or watch Ashton Kutcher, who is arguably the world’s sexiest man, deliver a powerful message that went viral on YouTube “The sexiest thing in the entire world is being really smart”.

While in our profession it is taboo to call yourself an “expert”, perhaps we need to give ourselves a little more credit ie. tint those lashes and raise that hem-line. While modesty is a great trait, perhaps we’ve gone too far?  Society wants to be guided by an “expert”. Think about your own life, do you seek the expert in construction (licensed builder), in health (health practitioner), in taxes (registered accountant) etc. or do you turn to the novice with the confident sales pitch?

If we want experts in our own lives, why do we shun the term as a profession? Sure patients are the experts on their own diets, but aren’t we the experts in the evidence-base, isn’t it our job, even our responsibility to be there to guide patients, like other professions guide us?

In summary, dietetics is a sexy profession, just in need of a mini makeover (of our image not practice). We are living in the age of celebrity, of fad diets and people selling glossy images of quick fixes to the masses. It is our job to fight back for the good of our clients and I for one think we have the tools to up the sex appeal, without losing our core values in promotion of sustainable, healthy diets.