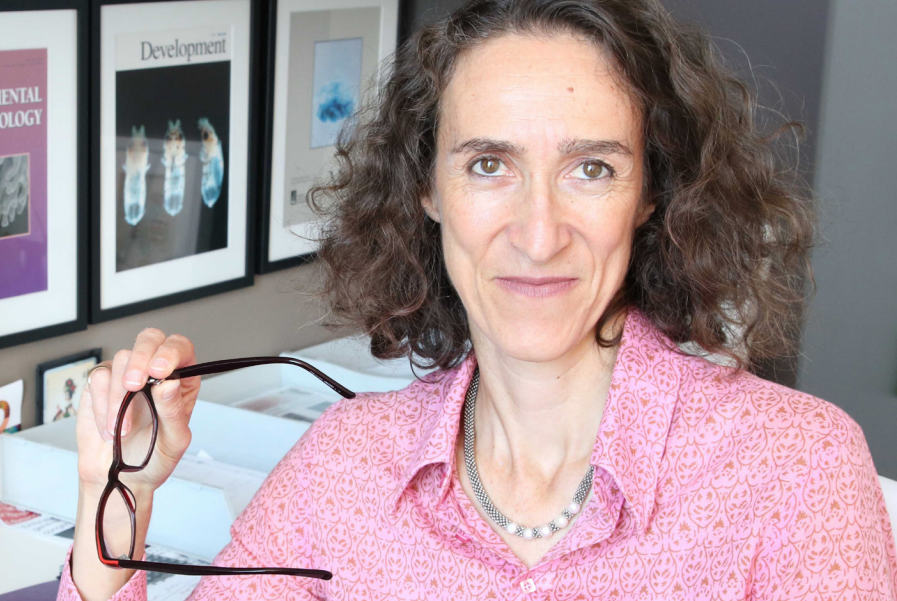 At Dietitian Connection, we feel incredibly lucky to cross paths with innovators whose work has the potential to impact the world. One such person is a Sydney-based embryologist and biomedical researcher whose team’s “recent discovery” has been heralded as “a blockbuster medical breakthrough”.

Prof. Sally Dunwoodie, of the Victor Chang Cardiac Research Institute, led a team in discovering that low levels of nicotinamide adenine dinucleotide (NAD), formed from vitamin B3 (niacin), are linked to recurrent miscarriages and certain kinds of complex birth defects. An NAD deficiency during pregnancy can prevent a baby’s organs from developing correctly.

Boosting levels of vitamin B3 in pregnant women, the research suggested, could potentially cure such molecular deficiencies. (The full potential of this news remains unrealised, pending further research.)

The study, published in the New England Journal of Medicine in August this year, is based on 12 years of research that began with the seemingly unrelated goal of seeking “the genetic cause of cardiac, vertebral, and renal defects, among others, in unrelated patients.”

The research team had a “Eureka moment” when it connected the NAD-related gene mutation to children with similar combinations of birth defects.

While the researchers don’t want to offer false hope to families affected by miscarriage or birth defects, their research “provides strong evidence that vitamin B3 has the potential to prevent these terrible outcomes in some cases.” With this in mind, women are encouraged “to follow the current recommended dose of vitamin B3 (18mg per day) when preparing for pregnancy.

So: how does this study affect the way dietitians should care for pregnant women? Infuse spoke with Prof. Dunwoodie recently to learn just that, and to gain more background on this pioneering study.

What was the impetus behind this study?

We were working to identify the genetic reason for why babies are born with birth defects – trying to find the gene mutation. We found two gene mutations – HAAO and KYNU – and that pointed us towards the metabolic pathway making NAD. Our whole understanding of the genes required to put a heart together in an embryo is based on transcription factors — they turn genes on and off. We were expecting to find mutations in either those transcription factors, or in ones that were related. What was surprising was the mutations that the HAAO and the KYNU genes pointed us to something quite different. Nothing that anyone had ever thought was involved in embryogenesis before. That pointed us to this metabolic pathway that breaks down tryptophan into NAD. It was completely out of left field.

How did you set about proving this?

We measured metabolite substances in the plasma from the blood of the babies. They had very low levels of NAD compared to unaffected family members. We were able to link the mutations to low levels of NAD but still, that didn’t really say that caused the defects in humans. So, we used mice as a model for human embryo development. We made a mutation in the HAAO gene in one group of mice and in KYNU in another. These mice had low NAD levels, like the humans. They had the same types of birth defects. That was the level of proof we had to go to.

Then, we looked more into this pathway of making NAD. If both mouse and human embryos have low NAD and they’ve got birth defects, what if we give the pregnant mouse higher levels of niacin (vitamin B3), and in so doing, increase the level of NAD? We did that, and we ended up with mouse embryos that had normal levels of NAD and no birth defects and no miscarriages. Essentially, we had absolutely prevented the defects in the mice.

How common are the birth defects in question, and what are the implications for the general population?

These babies had very severe defects in multiple organs. Such defects are relatively rare and the mutations that we found in them are also pretty rare in the general population. But these mutations pointed to NAD deficiency being the cause of the defects and it is this revelation that could be important in the general population, because we know that NAD levels can be affected by gene mutation, by dietary factors such as vitamin B3, or both combined.

You’ve mentioned the possibility that low NAD levels are important and a cause of less severe types of birth defects in the general population. Can you tell us more?

This is plausible and if true then the ramifications of our discovery could be extremely far reaching. We’re doing experiments in mice, addressing those questions. We’ve got some unpublished data that suggests that, indeed, it could be more generally applicable to the general population. We’re also trying to raise the funds to do some studies in humans, to start off with an observational study in humans. If our hypothesis is right, we might expect to see lower NAD levels in the group of women who have adverse pregnancy outcomes. The next step is clinical trial to determine if niacin supplements can prevent birth defects and recurrent miscarriage.

How does this study affect the way dietitians should care for their clients?

At this point, we would not recommend a pregnant woman, or someone who’s planning on pregnancy, take anything more, than the recommended daily amount of niacin, which is 18 mg per day.

That’s what exists in multi-vitamins. We don’t know if too much niacin would be dangerous to the developing baby, and it might be. Dietitians will be familiar with folic acid’s role in preventing birth defects. We’re looking towards designing and raising the funds to do a study like the [landmark] folic acid research showing that folic acid supplements reduce the incidence of neural tube birth defects.

You’ve been challenged with the argument that Australian women aren’t considered to be niacin deficit – everyone has a good diet.

This is true. Women are not considered to be folate deficient, either. You can have a perfectly healthy diet that provides you with more than enough niacin to keep you healthy, but you might not be able to absorb the niacin or the tryptophan (also an NAD precursor) as efficiently as some. That could be due to differences in genetic factors or nutrient absorption between the person who can make sufficient NAD from their diet and those who can’t.

There are also other things that play into how NAD is made, in conditions like diabetes and high body mass index and chronic inflammation and inflammatory bowel disease. There is research that shows that NAD levels are lower in those circumstances. The trick is, identifying women in the population who, despite a good diet, are actually low in NAD for any number of reasons.

As a researcher, you must be exceptionally happy with your findings?

It’s always exciting to find the cause of a disease. It’s very rare, at the same time, to identify a preventative. That’s what has really been very exciting. Everyone’s imagination has been captured by how simple the preventative is. If we can show that prevention occurs in humans and not just mice and that the finding really does apply to a broader population, it will be wonderful.

If we can show the importance of niacin in preventing some cases of recurrent miscarriages and birth defects, then that’s readily available for people, even in developing countries – and it’s cheap. There’s a great opportunity to help people.