Improving Nutrition in The Philippines 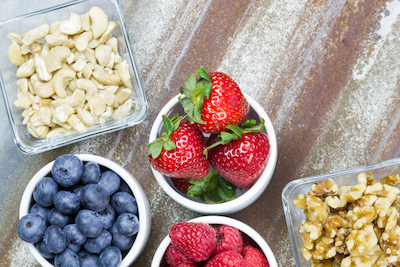 Maree Bouterakos spent ten months in 2014-2015 on two separate assignments in the Philippines with the Australian Volunteers for International Development (AVID) program through Australia Red Cross.

When we think about nutrition in the Philippines, we often focus on stunting and undernutrition. Whilst this remains a serious public health problem, recent data shows that undernutrition is declining. Urbanisation, economic development and lifestyle changes, a phenomenon known as the nutrition transition, has led to dramatic changes in health status for Filipinos over the last decade. The prevalence of overweight and obesity, particularly in children, has doubled in the last ten years and requires urgent attention.

Maree’s AVID assignment was hosted by a local non-government organisation, The Nutrition Foundation of the Philippines located in Quezon City (Manila), Philippines. Quezon City is the largest city in the Philippines, with a population of twelve million, within a country of almost one hundred million people.

Initially, Maree was responsible for supporting the organisation to implement and monitor key nutrition education programs. Maree spent a considerable amount of time during her first assignment immersing herself in the environment to truly understand the culture, food supply and key determinants of health; “… even visiting the supermarket was a learning experience!”.

Maree soon realised that nutrition education targeted at adolescents was lacking. “Adolescent years are an important transitional period and children are preparing themselves for adult roles, which includes sourcing and preparing food”. Together with her colleague and now, dear friend, Eden Ruta, a Filipino dietitian, they created and developed the Nutri-Garden School Program. The program was formed to improve health knowledge and behaviours through active participation and local ownership of a school garden. The garden would be used as a tool to facilitate nutrition education lessons, integrated into the high school curriculum.

Maree and Eden secured financial support through a grant from the Australian Embassy in The Philippines and support in the form of agriculture resources from the Quezon City Office of the Vice Mayor. Through collaboration, education, motivation and determination, Maree and Eden successful established the program.

With the desire to continue her involvement in the program, Maree returned back to the Philippines. She was involved in facilitating the education modules to students, establishing and maintaining the school garden and played an integral part in promoting the program to the wider school community.

Becoming an Australian Volunteer was a chance for Maree to use her dietetic skills built through her work in clinical nutrition and research in Australia and broaden her experience and perspective by working in a culturally diverse environment. “I built on my core morals of respect and integrity; incorporating cultural sensitivity into program planning and implementation are essential to ensure the greatest impact”. Now, back in Australia, her awareness and adaptable nature are assets to both her personal and professional life.

The AVID Program is managed by the Department of Foreign Affairs and Trade (DFAT) and seeks to build capacity and improve the economic livelihoods of communities in developing countries through Australian volunteers and direct aid.