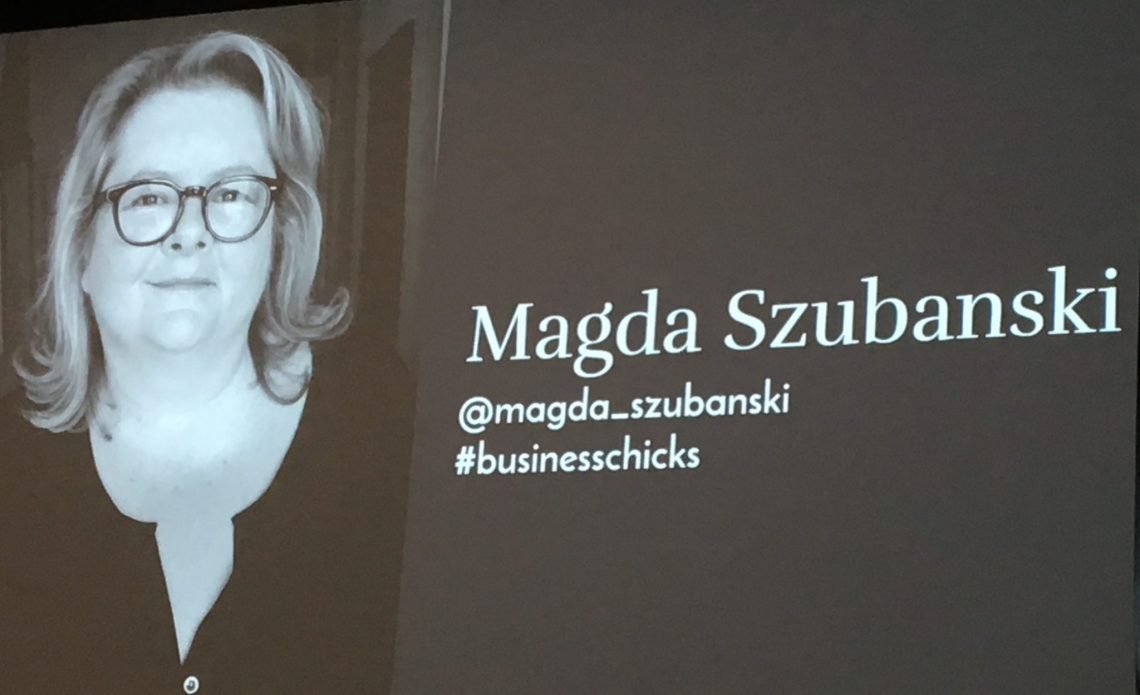 “Entrepreneurial creativity — combined with passion and a desire to make the world a better place” — is where the magic happens.

That’s a key learning from my recent opportunity to hear from writer, comedian and actor Magda Szubanski in person. Surprised? Did you think of her first as her character Sharon in the sitcom Kath and Kim? I did – and my mind has firmly been changed.

Magda is a beloved Australian figure. Famous for roles such as Esme Hoggett in Babe – and of course as Sharon – she has, more recently, become a prominent voice for the LGBTI+ community, and renowned for her award-winning memoir Reckoning.

Maree Ferguson and I had the opportunity to hear from Magda at her recent Business Chicks breakfast in Brisbane. Indeed, she had us in stitches with her unique sense of humour, but also shared personal and professional insights reflective of her upbringing, her personal journey and her (more recent) role as a leader in the public arena.

Here’s what we learned from Magda:

Most notably, Magda talked about her father’s work as an assassin in WWII, during her childhood. She talked about the courage, determination and bravery of those around her, and in how this informed her disposition. “Courage is not the absence of fear. It’s doing something brave that makes you brave.” And indeed, brave she is. Brave, and inspiring.