In the Red Corner, Introducing Brisbane’s Own… Sav Manolis! 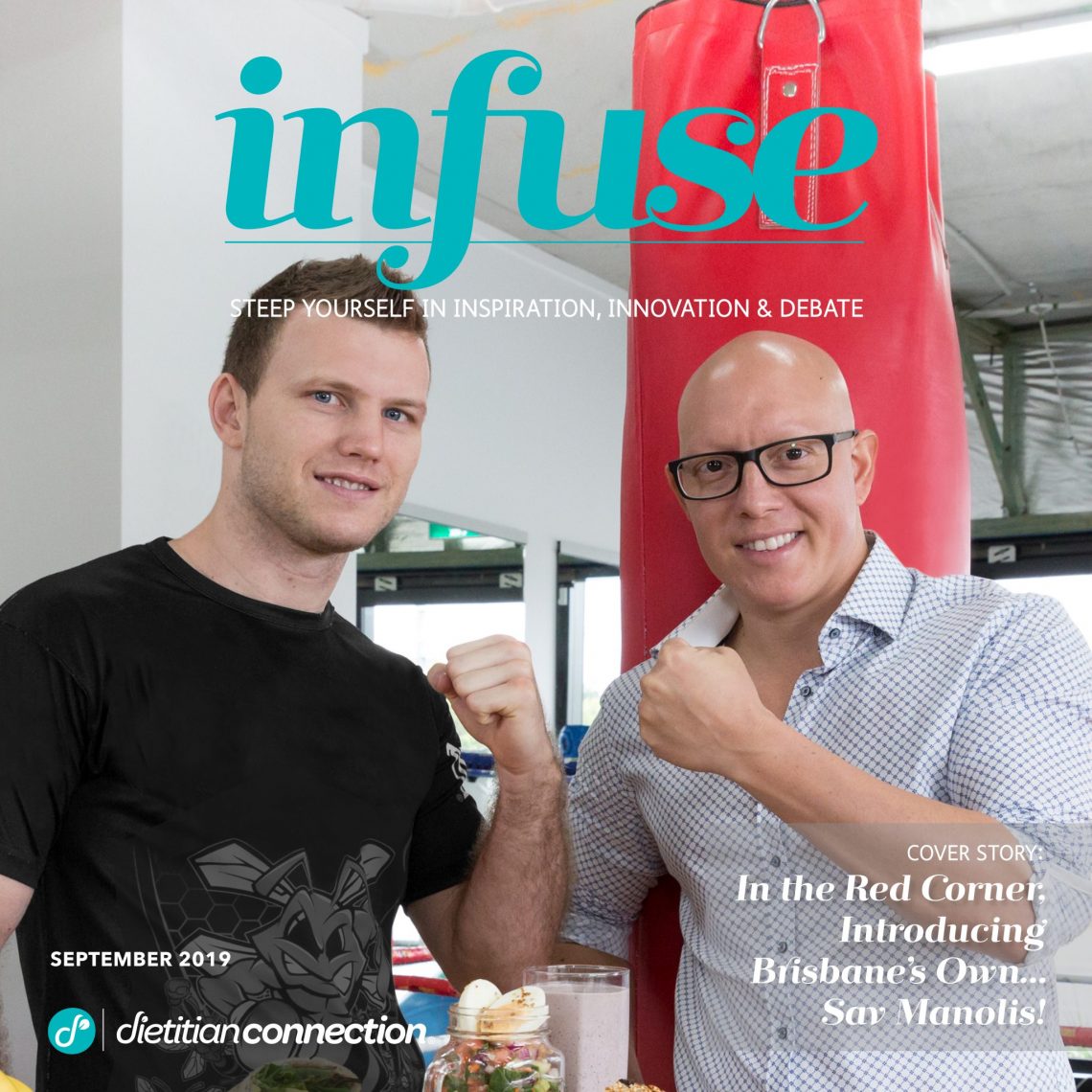 The media dubbed it “The Battle of Brisbane”, and the news reports were impossible to miss, regardless of whether you were a boxing an or not:“One of boxing’s biggest shocks”… “The Brisbane schoolteacher who stunned the world”… “One of the greatest moments of Australian sporting history on home soil”…

Boxer Jeff Horn pulled off an incredible upset over welterweight champion Manny Pacquiao in April 2017, immediately making a global name for himself and securing his position in boxing history. But did you know that this elite athlete had an ace up his sleeve to ensure he was performing in optimal condition?

We just love a great success story,especially one involving two hometown heroes, so we leapt at the chance to chat to Sav about his partnership with this world-renowned athlete. “I’ve been working with Jeff over the past 3 1/2 years,” said Sav. The pair first connected through Sav’s affiliation with Dundee’s Boxing and Fitness club in Brisbane.

“Dundee Kim [club founder and owner] was, and still is, Jeff’s strength and conditioning coach,” Sav explained. “I’d recently completed the SDA sports dietetics course, and was eager to commence putting the science and evidence into practice. That was when Dundee introduced me to Jeff.”

Sav already had experience working with amateur boxers. “Prior to my work with Jeff, I was affiliated with boxing gyms  around Brisbane, nurturing my interest in sports nutrition.

So, I had some insight into the level of training and energy both amateur and professional boxers exert. Along the way, I’d learned it’s more about understanding the sport, optimising your performance and gaining an advantage over your opponent.”

But Sav had to jump in with both feet quickly to ensure he was meeting the unique nutritional needs of an elite athlete like Jeff. “While fuelling  and refuelling were important to Jeff’s training, it was just as important to manage recovery, repair and rest,” noted Sav.

“Throughout the year, I collect multiple points of data around Jeff’s weight, physique and sweat rates. Then, in the preparation stages for an event – usually 12-14 weeks out – I hone in on his dietary requirements to meet training demands and  physical targets,” shared Sav.

Meal prep is a key component of this strategy. “I meet regularly with Jeff and his wife Joanna to discuss the challenges of meal planning and prepping. We’ve set goals around the timing and composition of meals, as well as macros around training –and, of course, taste!” said Sav.

Speaking of taste…his client clearly loves the flavour of food, which Sav was happy to accommodate. “Jeff has made it very clear that he needs to continue to enjoy his food, so I balance the dual challenges of meeting his nutritional requirements while ensuring he enjoys what he eats!” Sav shared. “Working long-term with an athlete, you get an understanding of their likes and dislikes – and they learn to take on board your education and adapt it to their own choices.”

Sav shared an example of how he manages this balance of flavour and nutrition: “I take a meal Jeff enjoys and work to improve the quality of some of the ingredients or cooking methods used. For instance, Jeff dislikes porridge; however blending oats into a smoothie is more palatable for him. Also, Greek yoghurt has become very versatile in Jeff’s diet recently, because he can use it as a substitute for dressings that are generally higher in fat and sugar. He’s grown to enjoy Greek yoghurt!”

“…I balance the dual challenges of meeting his nutritional requirements while ensuring he enjoys what he eats!”

Sav has  also mastered the unique challenge of staying in touch with Jeff to support the boxer’s nutritional needs for an upcoming event – despite differences in continents and time zones. “In the past, I’ve provided Jeff with a comprehensive plan typically for several days leading up to the fight, where certain nutrient requirements change, and dietary practices are altered,” explained Sav. “More  recently, I’ve travelled overseas with Jeff to support his diet, oversee his meal planning and ensure he implements these practices leading up to an event.”

We’ll be keeping an eye on the Brisbane boxing hero as he continues his incredible career…and of course, keeping our other eye on that talented sports dietitian in his corner who’s fuelling him for the fight!

Sav was lucky enough to accompany Jeff Horn to Las Vegas to prep and support Jeff during his June 2018 fight vs. Terence Crawford. Sav shared with us some of the  highlights of that experience, so we can all feel what it’s like to be ringside at a prize fight – and, behind the scenes, nourishing that fighter with carefully selected meals in the lead-up to the  event.

“Prior to becoming a dietitian, I dreamed of becoming a chef – but found that the long hours were too challenging. But my dream recently came true – in a different way.

I had the  opportunity to work in one of the main kitchens at the famous MGM Grand Hotel – alongside incredibly talented chefs – while I was in Las Vegas, accompanying Jeff Horn for his highly  anticipated fight.

It was my role to oversee Jeff’s diet starting from 10 days out from the fight, ensuring that his meals were balanced and controlling his levels of sodium and fat. I was also actively involved in his nutrition and supplement plans.

As conditions in Las Vegas differed due to climate, I constantly monitored Jeff’s hydration status, both around training and leading up to weighing for the fight. I was also actively involved in his weight-cutting process for the fight, which allowed Jeff to lose minimal weight on weigh-in day. This, in theory, should reduce any negative performance encounters.

Additionally, I was responsible for rehydrating and refuelling Jeff before the fight itself, ensuring he regained muscle glycogen stores, hydration and energy  within a 24-hour period from weigh-in.

What a busy time it was! I cooked breakfast, lunch, snacks and dinner – around the clock! – for Jeff. If I wasn’t in the kitchen, I was either traveling with Jeff’s entourage to training, or at the Whole Foods Market, shopping for fresh produce.

When I was cooking in that renowned kitchen, I was in my element! Jeff also loved the meals I was  preparing, and said he was so thankful.”