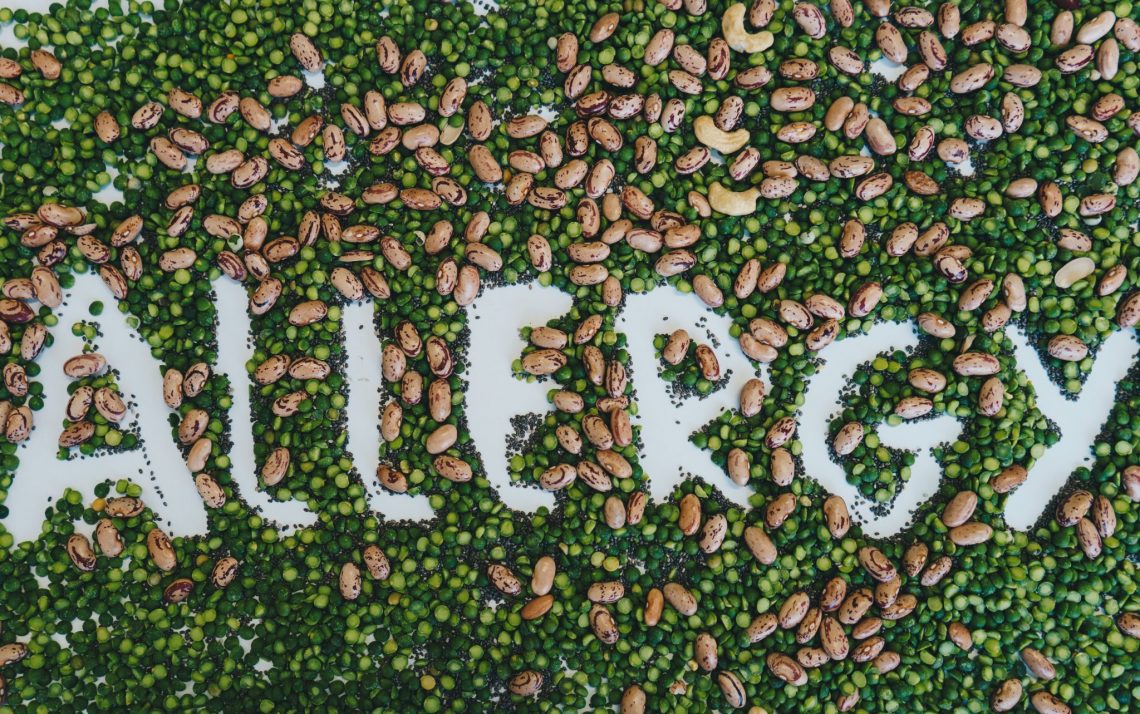 The explosion in child food allergies continues, affecting around 4-8% of Australian children up to age 5 as reported by the Australasian Society of Clinical Immunology and Allergy.

The Growing Up in Australia Study describes the ‘allergy epidemic’ as a major public health issue with statistics showing the number of hospital admissions of young children for life-threatening anaphylaxis reactions has risen by at least 50% in the past decade. Food allergies can be frightening in young children as they are difficult to predict and can be severe. With no sign of this trend slowing down, it is no wonder concerned parents are increasingly cautious of the foods their kids are exposed to.

After facing a mid 90’s rise in the prevalence of child food allergies, the 2003 Infant Feeding Guidelines for Health Workers were published promoting delayed introduction of foods such as dairy products, soy, eggs, nuts, wheat, shellfish and fish until at least 8-12 months. Cow’s milk was to be avoided before 12 months and continued avoidance of eggs, nuts and shellfish for “high-risk” infants until age 3. These guidelines were featured in numerous maternity books, information packs for new mothers and in advice from health professionals. Two years later, a survey of infant weaning practices completed by 500 South Australian mothers, found 50% had avoided introducing foods to their 9-month old babies due to allergy.

The question is are they real allergies or just self-diagnosed?

Since this rapid increase in public awareness, the self-diagnosed prevalence of food allergy has exceeded rates of actual allergic disease. This has prompted serious concern from the Australian Allergy Centre who warns against unnecessarily restricting children’s diets. Some of the common foods blamed for allergic reactions in children (e.g. milk, egg and wheat) are key dietary sources of proteins, fats and carbohydrates required for normal growth and development.  In addition, these foods contain B-vitamins, folate, iron and vitamin D which contribute to immune system, blood and bone health. Disturbingly, young children on excessively restricted diets due to perceived food allergies have been shown to suffer from growth deficits, malnutrition and rickets.

Misconceptions around what constitutes a true food allergy may also bare some blame for inaccurate self-diagnosis. The Dietitan’s Association of Australia defines a food allergy as an immediate and immune-system driven response to a protein in specific foods.

Only minimal ingestion may be required and reactions can involve anaphylaxis, though this does not occur in all cases.

Food intolerance on the other hand, is associated with an unpleasant chemical reaction to a food component that does not result in immune system activation. Symptoms can be immediate or delayed by up to 24 hours and often depend on the amount of the food eaten.  The Australian Society of Clinical Immunology and Allergy (ASCIA) is a reliable source for more information regarding the difference between food allergy and intolerance, as well as their associated symptoms.

What is causing the rise in food allergies?

The causes of increasing food allergies in children are still unclear with the proverbial finger pointed at everything from obesity, genetics and ethnicity, to antibiotic overuse and poor vitamin D intake. However, recent research has focussed on the aforementioned 2003 Infant Feeding Guidelines. New evidence suggests that earlier introduction of potentially allergenic foods may take advantage of a “critical window of opportunity” to develop the infant’s immune system tolerance and has prompted significant changes in the ASCIA 2017 update to How to Introduce Solid Foods to Infants. ASCIA now recommends foods such as cooked fish and egg, dairy foods, smooth nut pastes and soft wheat or gluten containing foods are introduced from 4-6 months of age along with other appropriate first foods. Cow’s milk is still not recommended to replace breast milk until at least 12 months of age.

It is also strongly recommended that mothers continue breastfeeding while complimentary solids are being introduced. Breast milk provides many immune support factors and helps to ensure a variety of healthy bacteria make themselves at home in the gut of a developing child. Early research suggests that these two actions may help to prevent the development of food allergy.

What should parents do when introducing food to babies?

It is now understood that an allergen-free infant diet does not provide any protection from food allergy and may in fact have the reverse effect. The Royal Australian College of General Practitioners has endorsed the new ASCIA guidelines and advises that parents: